Since 1939, Batman has been featured in numerous publications by DC Comics, as well as in feature films and television shows. Since 1941, many of the comic books, films, and other works featuring Batman also depict his vehicle, the Batmobile. As a US Appeals Court observed, it is an indispensable crime fighting vehicle driven by the hero Batman and has sufficient character traits to qualify for a copyright protection.

The infringement case was between Mark Towle, owner of Gotham Garage, who makes replicas of the Batmobile as it appeared in the 1960s live action television show and its 1989 appearance in the “Batman” movie.  The replicas sell for approximately 90,000 US dollars each. DC Comics sued Mark Towle in 2011, claiming rights in those versions of the Batmobile, even though the Batman comics published by DC did not feature Batmobile designs that looked like the Batmobile in the movies and/or on the TV show.

To determine whether characters in comic books, television shows or movies are entitled to such protection, courts conduct a three-part test. First, the character must have “physical as well as conceptual qualities.” It also has to be “sufficiently delineated” so people recognize it as the same character across time. And third, the character has to be “especially distinctive.” The Batmobile passed the test and the court ruled that a character could be protectable based on distinctive and consistent character traits “even if the character does not maintain the same physical appearance in every context.” 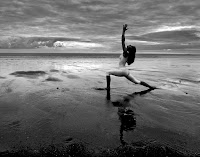 Bikram Choudhary, the founder of “Bikram Yoga” – a series of 26 yoga postures to be performed in an environment heated at the temperature of 40° Celsius – sought to copyright the posture sequence in his name and claimed that they could not be taught by anyone whom he did not prescribe. The practice has made a name for Mr. Bikram and has helped him earn 4.9 Million a year and includes speaking enagagements, book and CD sales.

He developed the postures as a student under Bishnu Ghosh in the 1970s. By early 2000s he had franchised his practice to 600 studios and in 2002 his lawyers began sending cease and desist notices to anyone who taught his style of yoga without his authorization.

In 2011, Bikram’s Yoga College of India sued California-based Evolation Yoga for copyright infringement and related claims. The studio offered yoga classes that were similar to the posture sequence popularized by Mr. Bikram.
After a heated battle, a U.S. District Court judge ruled in the favour of the defendants and held that

This ruling implies that the posture sequence claimed by Mr. Bikram does not have copyright protection and can be taught by other studios without the fear of being sued over it. The court has made it perfectly clear that Yoga is not a copyrightable subject and it cannot be owned by a particular person. Yoga belongs to the public.