You have put in years of hard work and huge amounts of money in your invention, but what happens if somebody recreates it  through a different method and calls it his own? That’s where patents come into play. Patents are exclusive rights which are granted to the true and first inventor of a product or process, to the exclusion of others, for a fixed period of time. Patentee can sell, assign or license these rights to others.
In our previous blog, we have dealt with the whole procedure of patent registration in India. But who does all this for an inventor?  First there should be a clarification about the difference between a “patent attorney” and a “patent agent”.
A patent agent is a person who does patent prosecution i.e. patent drafting, filing and registration, for the inventor. He should have a degree in science, technology or engineering and must have qualified the Patent agent examination in India. He need not be a qualified lawyer. A patent agent is entitled to:
·         Practice before the Controller; and
·         Prepare all documents, transact all business and discharge such other functions as may be prescribed in connection with any proceeding before the Controller under the Patent Act, 1970.
On the other hand, a patent attorney deals with litigation aspects of a patent like infringement and filing an opposition. A patent attorney holds a degree in law and he may or may not have a technical background. He practices before a court of law and deals with the litigation part of patents.


Nowadays, many patent attorneys are registered patent agents as well to provide the full range of services from patent prosecution – prior art search, filing of patent application, publication, examination and registration of patent – to litigation in case of infringement and filing of opposition.
Posted by Unknown at 9/03/2017 10:30:00 PM

MOU on IPR- SWEDEN AND INDIA

Sweden and India – A step towards deeper ties between the two nations!

In recent times, IPR has been in limelight in India. The Modi government is trying hard to give a strong IPR regime in India. This will in turn benefit entrepreneurs, investors and businesses. For this purpose, the Cabinet meeting, led by Prime Minister Narendra Modi approved the proposed MoU on IPR cooperation between Sweden and India.
The MoU has set up a wide ranging and flexible system through which the two nations can trade best practices and cooperate with each other in organizing training programs and technical exchanges to highlight the issues on IPR and better protection on Intellectual Property Rights among public, SMEs and educational institutions of both the countries.
This in turn would help India to exchange experiences in innovation and IP ecosystem which will also enhance the knowledge of IPR. This will be a giant step towards India becoming a major player in Global Innovation and consequently will also further the objectives of National IPR Policy, 2016. The MoU will also cover cooperation in automation and modernisation projects, new documentation and information system in IP and procedures for management of intellectual property. 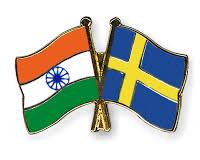 Kwality is an iconic ice-cream brand in country. Founded in 1992, Kwality Ltd sells dairy products under its brand `Dairy Best'. But the relationship between the founder’s son, Ravi Ghai and his father’s former business partner, P.L. Lamba is no longer agreeable. Mr. Ghai has dragged Mr. Lamba to Court, alleging that the Lambas unlawfully transferred the intellectual property of brand `Kwality' to another company.

Mr. Ghai, a promoter of Mumbai based Graviss Holdings, accused the Lambas of selling the copyright of the artistic work of the word `Kwality' to a Delhi-based dairy firm Kwality Ltd in August. According to Mr. Ravi, Graviss owns the right of the trademark.

In the Delhi High Court, Graviss argued that it had allowed limited rights to the Lambas to use the trademark for ice-creams and ice lollies in the northern parts of India. This didn't entitle the “defendants to further assign the same in favour of a third party”. In December, the High Court ordered the Lambas and Kwality Ltd to restrain from the usage of the brand till further order.

Mr. Ravi alleged that the Lambas sold the rights to use the Kwality artwork in relation to milk products and non-alcoholic beverages to Kwality Ltd. After purchasing the `Kwality' artwork from Lambas, the company allegedly, roped in actor Akshay Kumar to endorse its products under the same brand name.

The order on this matter is still awaited. However, this dispute should not cause any suffering to our taste buds.

Harris Faulkner, an anchor for the show “Fox Report Weekend” and a co-host for “Fox Outnumbered” brought a suit against toy producer Hasbro for making a toy reflecting her in ditto.She instituted a suit under trademark law for false endorsement and unfair competition as well as violation of her right of publicity. She claimed five million dollars as penalty for this unreasonable similarity.
A small toy hamster that Hasbro has also named “Harris Faulkner” is based on Harris Faulkner. The toy has similar name and look with the Fox News presenter.Faulkner said that the hamster has 'physical resemblance to her traditional professional appearance, in particular the tone of its complexion, the shape of its eyes, and the design of its eye make up'. Hasbro used TM next to the name “Harris Faulkner”.
The reporter contented in her plea that using her name as trademark by Hasbro has violated Faulkner’s right to control the use of her name and likeness. Faulkner found it a ‘direct and contributory' acts of unfair competition and brought the suit under Lanham Act.
In response to this Hasbro said that“mere use of a real person's name for a fictional character is not actionable as a right of publicity claim absent additional evidence that the unique identity of that person has been misappropriated,". It also held that name-sameness is not enough to state a claim for a violation of one’s right of publicity under well-established law. Though the company argued its best, the act of the company is deemed to be intervening of someone’s right and it is more likely to get punished.
Posted by Unknown at 1/05/2016 03:08:00 AM

This new patent granted by the U.S Patent and Trademark Office, considerably boosts TrovaGene's intellectual property related to its Precision Cancer Monitoring (PCM) technology. Trovagene now has 87 patents issued and 61 patent applications pending in the U.S. and internationally. Of these, 59 issued patents are related to Trovagene's Precision Cancer Monitoring technology and the detection of cell free nucleic acids in bodily fluids.
Posted by Unknown at 12/18/2015 03:35:00 AM 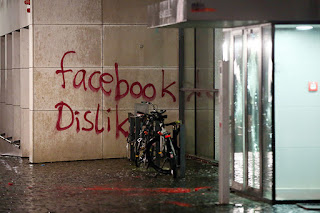 Vandals have damaged a building housing Facebook's offices in Hamburg, smashing glass, throwing paint and spraying "Facebook dislike" on a wall, police in the northern German city said on Sunday.

The overnight attack on the social networking group was carried out by a group of 15-20 people wearing black clothes and hoods, police said in a statement. An investigation had been launched.


A Facebook spokesman said nobody was injured in the incident. He said he could not immediately comment on the possible motive for the act of vandalism.


The European head of Facebook is under investigation in Germany over the social network's alleged failure to remove racist hate speech.The investigation was announced last month as German politicians and celebrities voiced concern about the rise of anti-foreigner comments in German on Facebook and other social media as the country struggles to cope with a refugee influx.

Martin Ott, Facebook's managing director for northern, central and eastern Europe based in Hamburg, may be held responsible for the social platform's failure to remove hate speech, a spokeswoman for the prosecution said last month.

A Facebook spokesperson last month declined to comment on the investigation, adding "we can say that the allegations lack merit and there has been no violation of German law by Facebook or its employees."


Facebook has a partnership with a group called FSM, which monitors multimedia service providers on a voluntary basis, and has said it would encourage its users to push back against racism.

Patents are territorially limited. In order to protect one’s inventions in multiple countries one has these options:-
1.      Paris Convention
2.      PCT fiing


After the end of the PCT procedure, either after international search or after international preliminary examination and before 30/ 31 months from the priority date , applications for the grant of patents can be filed before the national (or regional) patent offices of the countries in which patent protection is desired. The filing procedure fee and processing are as per the requirements of national law relating to patents in each country. The filing date is the international filing date in all such countries. For grant of patent in India, the applicant has to file a national phase application in India before the expiry of 31 months from the priority date of the application. The international application as filed under the PCT is treated as corresponding application in India.
Posted by Unknown at 12/07/2015 04:09:00 AM