The Madrid Protocol is an important step towards the international protection and recognition of trademarks. The protocol is actually an amendment to the Madrid Agreement Concerning the International Registration of Marks, which was revised at Stockholm, in 1967 and subsequently amended. This article attempts to focus on some of the key features of the Protocol and to what extent these features help the member countries or, the 'contracting parties' for securing the international registration of their trademarks. 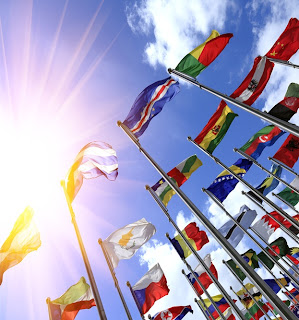 Thus, the Madrid Protocol in India, by ensuring that the applicant, who seeks to get his trademark registered, not only ensures that the entire procedure for obtaining a registration is completed in a lucid way, but also significantly contributes towards reduction of time in filing an application, reduction of expenses which would otherwise have been undertaken by the applicant including expenses of engaging a lawyer, and also the applicant while filing an application is only required to file in one language and at one time and the benefits can be enjoyed in all the 89 countries who are members. Article 16 of the Protocol, which talks of signatures, languages with respect to the Protocol is an important provision. It says that the Protocol shall be signed in English, French and Spanish languages and shall be sent to the Director General who shall decide the official text of the Protocol. Another important advantage of the Madrid Protocol is that while in most countries, the process for obtaining the registration is cumbersome and may take a long time, this is not the case with Madrid Protocol. It mandates that the entire process for obtaining a registration shall be 18 months. This is provided in Article 5(2)(b) of the Protocol. But the above mentioned advantage is subject to the condition that the office of the contracting state has informed the International Bureau about the delay in filing opposition by others and the notification of refusal by the contracting state is made within one month of expiry of the opposition period.

There exist certain disadvantages such as limited membership, assignment of rights cannot be made to states which are not members of the Madrid Protocol, among others.

Some of the other key features of the protocol is as follows. For instance, Article 7 provides for renewal of the international registration of the trademark after every 10 years upon payment of fees for the same. Similarly, fees for registration of the mark include a basic fee, a supplementary fee for different classes of the mark mentioned in the application and a complementary fee for request for extension of the application of protection of the trademark. This is provided by Article 8 of the Protocol. The International Bureau of the World Intellectual Property Organisation (WIPO) is charged with the responsibility of preparation for revision of the Protocol in accordance with the direction of the Assembly and also for the international registration of trademarks. The Assembly of the Union, under Article 10 is the main institution which has to deal with all matters concerning implementation of the Protocol and any amendment proposed to be made with respect to the working of the Assembly or the International Bureau or financing of the Union shall be introduced by the Director General or the member states.