This post is a case comment on the much-awaited decision Mayo v Prometheus. Main question posed before the Supreme Court was "Whether the claims of Prometheus preempt patent law?" The Court, in my view delivered a promising judgment disallowing the patenting of natural laws. Personal life science invention is a growing market in US. It is likely that following days will show the positive or negative repercussions of the decision. However, a lime light for Justice Breyer, who had been a minority in similar cases, found his war against monopolizing freethinking. 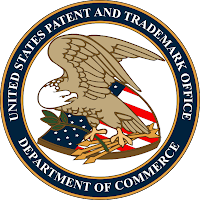 Prometheus was the sole licensor of thiopurine drug “When in­gested, the body metabolizes the drugs, producing metabolites in the bloodstream. Because patients metabolize these drugs differently, doctors have found it difficult to determine whether a particular pa­tient’s dose is too high, risking harmful side effects, or too low, and so likely ineffective. The patent claims here set forth processes embody­ing researchers’ findings that identify correlations between metabo­lite levels and likely harm or ineffectiveness with precision. Each claim recites (1) an “administering” step—instructing a doctor to ad­minister the drug to his patient—(2) a “determining” step—tellingthe doctor to measure the resulting metabolite levels in the patient’s blood—and (3) a “wherein” step—describing the metabolite concen­trations above which there is a likelihood of harmful side-effects and below which it is likely that the drug dosage is ineffective, and in­forming the doctor that metabolite concentrations above or below these thresholds “indicate a need” to decrease or increase (respective­ly) the drug dosage.”

The Court held that, “The “wherein” clauses simply tell a doctor about the relevant natural laws, adding, at most, a suggestion that they should consider the test results when making their treatment decisions. The “determining “step tells a doctor to measure patients’ metabolite levels, through whatever process the doctor wishes to use. Because methods for making such determinations were well known in the art, this step simply tells doctors to engage in well-understood, routine, conven­tional activity previously engaged in by scientists in the field. Such activity is normally not sufficient to transform an unpatentable law of nature into a patent-eligible application of such a law.”

The Court in Chakrabarty held that patentable subject matter includes anything under the sun that is made by man. “Made by man” is an important criterion for patentability because the cardinal patent eligibility criterion for a “principle of natural law” is that it must undergone substantial human intervention. The decision in Diehr is in direct relation to the facts of the case. In Diehr the claimed invention was a known mathematical formula, the Arrhenius equation, applied to identify the time to open a rubber press. The invention worked on the information about the temperature inside the mold, the time in which the rubber was inside the mold and thickness of the rubber. However, the court identified that invention as a whole had undergone substantial human intervention and hence patent eligible. To quote “installing rubber in a press, closing the mold, constantly determining the temperature of the mold, constantly re- calculating the appropriate cure time through the use of the formula and a digital computer, and automatically opening the press at the proper time” (at p.187 of Diehr).

In the present case, court identified that the claims only reinstating a process of natural law and there is no substantial human intervention to make the invention patentable.

By Aurobinda Panda
For Biswajit Sarkar