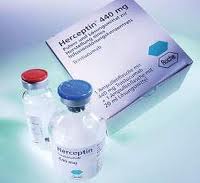 After the landmark grant of Compulsory license (CL) for Bayer’s Nexavar to Natco last year, a trend of CL application seems to have started in India. Recently, health ministry has recommended CL for a breast cancer drug Trastuzumab after various campaigns held regarding the affordability of this expensive drug in India. However, Department of Industrial Policy and Promotion (DIPP) has refused the CL for Trastuzumab (Herceptin) manufactured by Swiss multinational Roche.

It was previously reportedthat the health ministry has suggestedrevoking the patent in public interest under section 66 of Indian patent act 1970. However, a recent clarification from Kolkata patent office suggests that the three patents for Herceptin were not revoked but were abandoned or withdrawn because Roche failed to file the documents before deadline and did not appear for the hearing concerning its Herceptin patent.Although, Roche did not make any comments regarding the lapse of its patent; the Herceptin patent IN205534 is diminishing due to its post-grant opposition. India awarded patent for Roche’s Herceptin in 2007 which is currently extended till 2019. Three more patents related to the original patents were further filed, but were withdrawn since Roche failed to meet the deadline. The request for examination of one of the patents was not filed before deadline, while the same was filed for other two after the patent grant, which is not permitted in Indian patent law. Herceptin is said to be the third biggest seller by Roche.

There are speculations that CL was refused by DIPP after widespread criticism from International community on CL to Nexavar. In the recent times, Indian IP office has been serious about the submission of ‘statement of working’ or form 27 by the companies regarding their working of patents in India. However, last year for the first time this information from various companies has been made available to public. Although the reason behind the disclosure of such confidential information is not known but it is wondered that lack of such information by the company regarding the working of the patent in India or information on non-working of patent may favour companies seeking CL. On one hand,with government enabling affordability of lifesaving drug to patients and on the other hand critics pointing fingers at Indian IP laws, only time will where India’s healthcare is heading.